There is something just that little bit extra magical about heli skiing in Iceland. Jökull Bergmann our Icelandic friend and partner was the pioneer of heli skiing here and we have been working exclusively with him since the early days. One thing we like in particular is the personal family-run style that permeates the whole operation. Everyone working here from the guides to lodge staff wants you to have the time of your life…and it works.

In Iceland you are treated as an individual both on and off the mountain - you are made to feel part of the experience and not just a paying spectator. If you want a genuine, 'real' experience with an emphasis on the quality heli skiing and heli boarding, it does not get any better.

The Heart of Icelandic Heli Skiing

Sitting right in the heart of the best heli ski terrain in Iceland, Klængshóll Lodge is an ancient sheep farm that's been continually inhabited since Viking times around 850 AD. It has recently been renovated and a number of comfortable modern chalets surround it.

Covering more than 4000 square kilometres of breathtaking Arctic scenery the Troll Peninsula has terrain to suit almost every skier's ability from intermediate right through to professional. With a generally stable snowpack and minimal avalanche hazard, if you like it steep nowhere else on the heli-ski map can deliver more consistently. Some zones are literally stacked with rows of steep couloirs that are gauanteed to get the adrenaline flowing.

Earlier in the season (March) wintery conditions tend to dominate, with powder regularly found especially at higher elevations and on north facing slopes. From May to the end of June Iceland offers the best and most reliable corn snow skiing anywhere. Silky smooth golden corn cooked to perfection by Mother Nature.

Ski to The Beach

Heli-skiing in Iceland is one of the most unique heli-ski experiences around. Topping out at around 1,500 metres the mountains may not be particularly high but many runs end right on the beach and few if any other heli-ski operations can boast 1,200 vertical metre fall-line runs right back to the lodge.

This is simply the best and most accessible heli-skiing for anyone living in Europe or East Coast USA. In fact, there are now direct flights to Icleand from many cities worldwide. From leaving your desk in London to staring out over Iceland’s magical peaks takes under three hours. Flights are inexpensive and there is no jet lag for those coming from Europe.

In Iceland the skiing is only one part of a magical and sometimes surreal experience. Long runs late into the golden arctic night, northern lights displays from the hot tub and picnics on the beach in the presence of dolphins and whales. This is a special place.

If you want to ski or snowboard genuinely steep terrain there is nowhere else in the heli-ski world that can offer this type of skiing more consistently. Owing to its maritime climate with regular cycles of warming and cooling the snowpack tends to be incredibly stable in Iceland which allows the steeper terrain to be skied more often and more safely. At the other end of the spectrum Iceland also has plenty of easy mellow terrain perfect for less confident skiers looking for an easy introduction to heli-skiing. This is especially so in late May and June when the norm is to ski on the easiest snow mother nature knows how to provide.

The Original and the Best

We work closely and exclusively with the pioneers of heli-skiing in Iceland and the most experienced guides – an operation that has been tried, tested and improved over the years and to which nothing else in Iceland comes close. 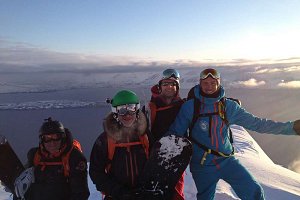 Finishing the Season in Style

Perfect powder in mid-May right down to the beach. Best end to the season ever!

Heli-skiing in Iceland: the flight fantastic 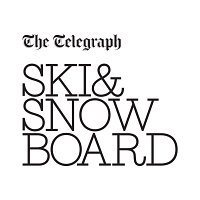 Out of this world

If you wait, all that happens is you get older